No me gusta o.o 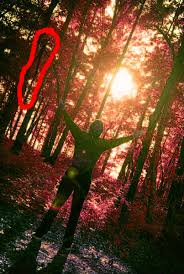 Well, atleast we know he isnt a vampire

Posted by slenderman235 on October 20, 2011
Posted in: Uncategorized. Leave a comment

Tomberry : Please introduce yourself a little. Who is Victor Surge ? How long has he been a SA goon and how active is he there ?

Victor Surge : I’ve been a goon for about four years, but I’ve lurked in the forums since ‘99. I’m not a large poster, but I spent a few years in EVE Online’s goonfleet and spend a lot of time reading threads in the forums. I don’t spent a lot of active time on the Internet since I usually have a lot of real-life stuff going on.

T : Back In June 2009, 10th to be precise, what motivated you to join the “create paranormal images” kind of contest on SomethingAwful forums ?

VS : It was pretty spontaneous. I saw some of the pictures in the thread and just decided to make something that I myself would find creepy.

T : What was your sources of inspiration in creating your first two pictures dealing with a strange figure that you called “The Slender Man” ? How did people react to it ?

VS : I was mostly influenced by H.P Lovecraft, Stephan King (specifically his short stories), the surreal imaginings of William S. Burroughs, and couple games of the survival horror genre; Silent Hill and Resident Evil. I feel the most direct influences were Zack Parsons’s “That Insidious Beast”, the Steven King short story “The Mist”, the SA tale regarding “The Rake”, reports of so-called shadow people, Mothman, and the Mad Gasser of Mattoon. I used these to formulate asomething whose motivations can barely be comprehended and causes general unease and terror in a general population.

The reaction was suprisingly good so I continued making pictures based on Slender Man.

T : What was your reaction when people started creating pictures and stories about your newborn myth, in parallel with yours ? Did you think it would get that much popular and spread to others websites (4chan, Kongregate, Facepunch…) as quickly as it did, gaining the status of “Internet Urban Legend” and a meme ?

VS : It was amazing to see people create their own little part of Slender Man in order to perpetuate his existance.

I didn’t expect it to move beyong the SA forums. And when it did, I found it interesting to watch as sort of an accelerated version of an urban legend. It differs from the prior concept of the urban legend in that it is on the Internet, and this both helps and harms the status of the Slender Man as one. In my personal opinion, an urban legend requires an audience ignorant of the origin of the legend. It needs unverifiable third and forth hand (or more) accounts to perpetuate the myth. On the Internet, anyone is privy to its origins as evidenced by the very public Somethingawful thread. But what is funny is that despite this, it still spread. Internet memes are finicky things and by making something at the right place and time it can swell into an “Internet Urban Legend”.

T : Do you know about users “Ce Gars” and “KickYouInHalf”, or overall, the Marble Hornets project itself ?

VS : There have been a couple of e-mails, but I don’t know them personally.

T : Did you help with their series of video (to these days, more than 26 episodes) ? Was it more of a tribute to your work ? What was your reaction toward it and their own popularity as a series on Youtube ?

VS : I had nothing to do with their series of videos or any other that may have anything seemingly to do with the Slender Man. I’m keeping my projects close to my chest (in a plastic bag with the rest of my organs). I hope other groups create new concepts and make series of videos. Not necessarily a horror series or somehing about the paranormal, but productions using all sorts of subject matter and in multiple genres. I think the Marble Hornets project’s strongest point is showing what you can achieve with this medium.

T : One year later, people still seem to continue to like the Slender Man character, enough to make the Marble Hornets crew consider about a new season. Do you still get recognition from time to time about Slender Man ? Has that character changed your way of browsing the web ?

VS : I do on occasion, but I like it to stay mysterious (does interview).

T : Do you have anything to add on what has been said, or any last word you would want to say to the readers ?

VS : Before you had angels and succubi, and then ghosts and spirits, today we have shadow people and inter-dimensional beings. The Slender Man, and other newly created entities, are just the newest addition in the progression of a long, and very real, human tradition.

You’ve seen him, now you can’t unsee him.

T : Thank you very much again for your time.

Posted by slenderman235 on October 19, 2011
Posted in: Uncategorized. Leave a comment

In regards to some of the photos with Slender Man in the backgrounded with children and the group of people, “He is known as a kidnapper and killer of children. A few photos of him exist.” As for my post with the German pictures, they are both from Hans Freckenberg, with his woodcuts, type of pictures, being dated to the 1540’s. I found some quotes, from a guy who was saying the quotes, that im going to share. http://grcade.com/viewtopic.php?f=7&t=13390&start=60

Quote:
Der Ritter
A german woodcut from the 1540s. It has puzzled historians since it was discovered at Halstberg castle in 1883. The woodcut bears the distinct style of a known woodcut artist from that area, Hans Freckenberg. Although know for his realistic depiction of human anotomy in his works, something that was unusual for the woodcuts in the 16th century, this picture differs radically from the rest of Freckenbergs works. The character to the right bears little semblance to a human being, with skeletal physique and long limbs at odd angles. Many theories have been dicussed as to what Freckenberg wanted to symbolize with that character, some say its a personification of the religious wars that raged in Europe at the time, others say its a personification of the mysterious plague that have been believed to be the reason for the mysterious abandoning of the Halstberg castle and the nearby village in 1543.

Quote:
Another woodcut dated to around the 1540’s. Its the work of Hans Freckenberg who disappeared in 1543 in Halstedt. The entity to the right is very similar to the odd humanoid from Freckenbergs earlier woodcut; ‘DER RITTER’ since both share many of the same features such as unatural height and long limbs. One thing to point out is that much work went into the entity to the right, at the cost of the depiction of the people to the left and middle in the woodcut wich is very crude, something that is quite unusual for Freckenberg who was best know for his lifelike depictions of humans in his earlier works. The reason for this sudden change of priorites in Freckenberg’s style are still a topic of hot debate.

Remember: these are quotes from the username “Trelliz” on grcade.com in one of their forums on Slender Man.